Each year, investors from all over the world keenly look out for the annual shareholder letter of Warren Buffett to drop. 2021 letter was no different, sharing gems of financial management. 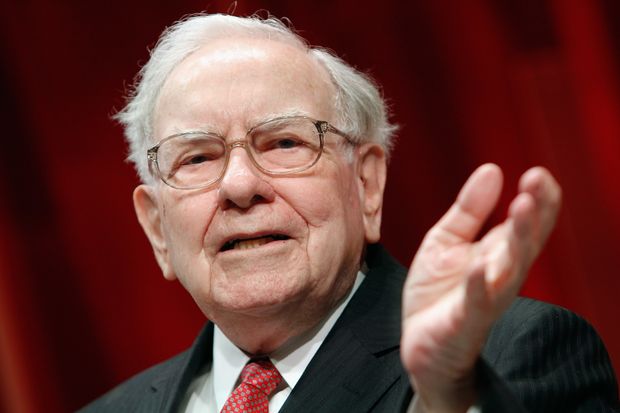 Under GAAP, the huge sums that investees retain on our behalf become invisible.

What’s out of sight, however, should not be out of mind: Those unrecorded retained earnings are usually building value – lots of value

Buffet on his Investment in PCC Co –
I was wrong, however, in judging the average amount of future earnings and, consequently, wrong in my calculation of the proper price to pay for the business. PCC is far from my first error of that sort. But it’s a big one

Aspiring conglomerateurs knew the answer to this “overpayment” problem: They simply needed to manufacture a vastly overvalued stock of their own that could be used as a “currency” for pricey acquisitions. (“I’ll pay you $10,000 for your dog by giving you two of my $5,000 cats.”)

Investing illusions can continue for a surprisingly long time. Wall Street loves the fees that deal-making generates, and the press loves the stories that colorful promoters provide.

But Charlie–and also my 20-year struggle with the textile operation I inherited at Berkshire– finally convinced me that owning a non-controlling portion of a wonderful business is more profitable, more enjoyable and far less work than struggling with 100% of a marginal enterprise

On its buyback of Shares & how it adds value >

..repurchasing the equivalent of 80,998 “A” shares, spending $24.7 billion in the process. That action increased your ownership in all of Berkshire’s businesses by 5.2% without requiring you to so much as touch your wallet.

In no way do we think that Berkshire shares should be repurchased at simply any price. I emphasize that point because American CEOs have an embarrassing record of devoting more company funds to repurchases when prices have risen than when they have tanked.

Our approach is exactly the reverse.

Buffett is very clear that even when it comes to buying back its own shares, it has to be at a price and not buy at any price.

Same principle, but applied on its own holding when Apple did its buybacks and how it helped increasing Berkshire holdings indirectly… Next few tweets mention this

Berkshire’s investment in Apple vividly illustrates the power of repurchases. We began buying Apple stock late in 2016 and by early July 2018, owned slightly more than one billion Apple shares (split-adjusted).

Our cost for that stake was $36 billion. Since then, we have both enjoyed regular dividends, averaging about $775 million annually, and have also – in 2020 – pocketed an additional $11 billion by selling a small portion of our position.

Despite that sale – voila! – Berkshire now owns 5.4% of Apple. That increase was costless to us, coming about because Apple has continuously repurchased its shares, thereby substantially shrinking the number it now has outstanding.

Buffett goes on to add that how Berkshire owns max number of fixed assets in US – exceeding the amount owned by any other U.S. company. Berkshire’s depreciated cost of these domestic “fixed assets” is $154 billion. Next in line on this list is AT&T, with at $127 billion.

Our leadership in fixed-asset ownership, I should add, does not, in itself, signal an investment triumph.

The best results occur at companies that require minimal assets to conduct high-margin businesses – and offer goods or services that will expand their sales volume with only minor needs for additional capital.

#WarrenBuffett 2021 annual letter also has insights into the world of Bond investing.

And bonds are not the place to be these days.

In certain large and important countries, such as Germany and Japan, investors earn a negative return on trillions of dollars of sovereign debt. Fixed-income investors worldwide – whether pension funds, insurance companies or retirees – face a bleak future.

Some insurers, as well as other bond investors, may try to juice the pathetic returns now available by shifting their purchases to obligations backed by shaky borrowers. Risky loans, however, are not the answer to inadequate interest rates.

If you are interested in reading all of the past annual letters, you could read them here > Berkshire Annual Letters

No comments yet
Buffett

This site uses Akismet to reduce spam. Learn how your comment data is processed.

I believe with the going positivity around EV, the next multibagger sector would be the bhangar / junk / recycling dealers in listed place. Someone would have to get hold of the old cars / engines too :)
#ElectricVehicles #ElectricCars #recycling

Thank you Ganesh. Yes @BeshakIN @themahavir and his team are definitely an industry thought leader in insurance.

Glad we could help to simplify it for you and assist in the journey. Thank you @pratiagarwal

Thank you @BeshakIN for wonderful Health insurance articles and introducing @banyanfa
Personal health insurance - Though it looked simple actually it is complicated with number of options. Punit’s in-depth knowledge and help made easier for me. His team is also super-efficient

I had around 8. What about you ? Wrong reasons to buy Insurance @BeshakIN @themahavir

Why buy insurance? [Wrong answers only]

People would request for exemption, concessional taxes as their wish lists. Mine is - pls reverse and remove those so called one time taxes, surcharges, cesses and what nots. They were there for a reason and for limited time.

Taxes once levied are v hard to reverse.

Most people would rely on their work policies (which aren't great any ways and are in lower single digits). One would take a hefty insurance on their cars ki kahein dent na laga reh jaey. What about your life ?

This is unfortunate. We see this so often on websites like Ketto

Learnings:
⦿ Low coverage = no coverage
⦿ You will never know how much healthcare will cost in the future. Carving out funds for healthcare emergencies is necessary
⦿ Most important: Invest in your health. https://twitter.com/RichifyMeClub/status/1483307450141151234